Hey all, you all have been extremely supportive and I thank each one of you guys and girls for your, precious comments and response you have been sending me. Tell you what, I am actually glad I didn’t get selected in that winners list, otherwise I would have missed all this love and appreciation and suggestions you give me. Well, I don’t want to hold you back from enjoying rest of the story, so sit back with a mug of hot coffee and relax and read on…

Was he trying to be seen? He asked himself, with the crowd all seated, he stood out like a sore thumb among the elites with their silk sarees and matching beautiful jackets with men all wearing Suits or Safari suits he stood out odd with his simpleton clothes and the cap. “Excuse me Sir” said a uniformed Security person to him. “Please be seated, as the program is commencing”, he said and led him to the chairs in row. He had no other go, but to follow him as he didn’t want to attract attention. He sat down in the seat shown to him.
All were asked to rise as His Excellency The Governor walked in, and he stood up too in his place, that is when he noticed his daughter among a group of people being led to the stage from the side entrance. My God, he gasped, as he saw her for the first time in person. He couldn’t believe his own eyes, she looked angelic with her charming smile and elegance.
In his heart he felt proud at the sight of his daughter standing with the bigwigs while the National Anthem played.

The announcement of the program started and there was a speech by the Governor praising the works done by those who won the awards. And when he heard his daughter’s name being mentioned by the Governor for all the work she did among women and the society’s needy widows, single mothers and less privileged one’s with broken homes. As the Governor went on to say how much she deserved the Peace Award for her work, he was flabbergasted.

Soon the award winners names were called and each collected their awards. Then his daughter’s name was called and she came forward to collect the award. The hall reverberated with applause, he clapped the most among the crowd.

Enough, he told himself, now he can die peacefully. His one wish was fulfilled.

That was when, the crowd heard a loud thud, as if someone fell on to the chairs. She was coming down from the stage as she heard this and rushed to hand over the award to her mother who was seated in the front row. And hurriedly ran to the spot where the mishap had happened. Her quick response to the situation brought the ambulance in no time to the venue. She helped them to complete the formalities and asked them to rush him to the hospital. She gave them her number in case of an emergency. As she walked back to her mother, her heart was restless, the man had held on to her hand when he was lifted into the ambulance and as her eyes locked with his for an instant, did she see a tear drop flowing from his eyes? She was not sure but her heart was restless.

“What happened?” Her mother asked the instant she reached near by. “Nothing Ma”, a man fell down, collapsing, looks like he had a heart attack, he was holding on to his chest. He looked very familiar and was holding on to my hand as he was being lifted in to the ambulance, his eyes looked as if they had volumes to speak to me. I should check on him probably tomorrow. They have taken him to the nearby hospital.” “Yes dear, you should. Poor fellow, may be he wants your help. You should surely go tomorrow to check on him.” Her mother said. Then they proceeded home.
The next day, she went to the hospital, and asked at the reception for the person who was admitted from nearby auditorium following probably a heart attack, as she didn’t know his name. After some clarification with the staff she was told he was admitted in the ICU. She went up to the ICU and enquired about him. That is when the Nurse in charge told her about his death in the early hours of the morning. She felt something heavy in her heart and a pang of guilt for not coming the previous day itself.” He came to consciousness twice and asked for a girl.” Said the nurse. “Who was it, that he was asking for.?” She asked the nurse. ” I don’t know, somebody who won the peace award yesterday in the auditorium where he fell. He wanted to hand over a cover to her.’ Do you know her?” The nurse asked. In the state of numbness she replied back, ” it’s me”. Oh, wait a minute, the nurse went in and came back with a cover and handed over it to her. “Has any body claimed the body?” She asked the nurse. “No, doesn’t look like he has anybody, no one has come after his admission since yesterday”.

She met the doctor in charge for the clearance of the bill of the hospital and claimed the body. She left her address and her contact number in the reception and with the nurse who looked after him, incase someone came in search of him.

She contacted few people and arranged for the funeral. With a heavy heart, she returned home. As her mother opened the door for her, she got in and told everything what had happened. That is when she remembered the cover the nurse gave. She took it out of her handbag, her name was written inside in a small slip and attached to it was a gold finger ring. She was surprised as she turned and gave the ring and the slip in which her name was written to her mother. ” I wonder, why did he leave me this, after all who was I to him ” she wondered aloud. The mother took it and instantly recognised her husband’s wedding ring. Her emotions chocked, she controlled her tears and replied ” Wear it dear, as he wanted you to have it, may be it’s his way of saying his blessings will be always upon you, like a father.” As she turned around to face her mother, she saw a tear drop falling down on the ring. She took the ring and put it on her chain as a pendant, close to her heart and she felt the heaviness of her heart lifting slowly. Now she truly felt the peace, she has been awarded with. 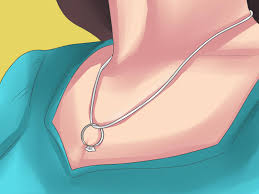 Uhmm! What do I say abt myself. Love to read, write, watch tons of movies and loves music. Educated enough to enlighten a few things to a few some who shows the interest to listen. This is me in a nutshell. Will let out little by little, like the cat out of the bag. Ok I think it's time to let out one more passion of mine, which I as much love as writing, and that is cooking. Trying out different new recipies with a slight variation added of mine makes my culinary skills a little adventurous cuisine. View all posts by anamikaisblogging

This site uses Akismet to reduce spam. Learn how your comment data is processed.