The atmosphere totally changed as now the priority was the immediate medical attention Shalini’s mother needed as she was not responding to the police or her husband. A resident of the apartment who was a para medical practitioner was beckoned with immediate effect. She came and checked the pulse and told the team that Shalini’s mother’s pulse was quite low and she needed immediate medical attention as she might go into a traumatic shock. The police called an ambulance and she was rushed to the nearby hospital. As the husband had gone along with the ambulance, the police had to postpone their enquiry with the parents. The ambience of the place had changed and now everyone was worried about Shalini’s mother.
Now that the parents of Shalini were moved from the scene, the police turned their attention to the name board of the apartment residents to see who-who resided in the Ruby block where Shalini had lived. They saw that the flat where Shalini lived was registered under the name of Mrs & Mr. Anand. On enquiring around they found it was indeed the name of Shalini’s parents, they were Mr Anand Kumar and Priya Anand respectively.

The Police returned to the police station,they decided to wait till the postmortem report came. After going to the station, the Chief Inspector, pondered over the case, once again in his mind. He was rather quiet for his nature. The innocent face of Shalu was haunting him. An innocent life nibbed off so early in the budding stage. He knew emotionally getting involved in any case will not help him in any way to solve it rationally. But how can he not get emotional after all he had a daughter almost of the same age. He pondered over the case in his mind like a cow or goat chewed the cud. He decided he has to ask around more in the apartment. For that the postmortem report was necessary which will conclude how the death happened.
He decided to visit the apartment again in the afternoon after his lunch to talk to Shalini’s granny. He was hoping she would be in a state to talk to him then. He decided to visit Shalini’s mother Mrs:Anand in the hospital too after that.

As decided he went to the Sunshine apartment straight after lunch. At the gate he found a different security, and on asking he told he was the morning shift security and the other guard had gone home. On asking about Shalini, the guard told him what all the other residents told him, that she was the sweetest kid around. Then the inspector asked him a question which made him uneasy and the Inspector noticed it immediately. “Did anyone from outside come into the apartment without the security not noticing it” The guard showed him a register with date name and the house visited and the time of the visit. He showed the regular vendors and servants register too. And then he scratched his head answering when the question was repeated, and told ” Sometimes I do go out to drink a tea and to have a smoke. I am not sure of what happens then”. “Is there any CCTV camera in this apartment”? asked the inspector to the guard. 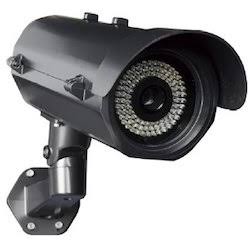 “Yes sir, there is one in the entrance. ” the guard replied. The inspector asked for the tapes of the last month. That is when, they all heard a loud shriek from the Ruby block and all the attention turned to the place from where the shriek came.

Uhmm! What do I say abt myself. Love to read, write, watch tons of movies and loves music. Educated enough to enlighten a few things to a few some who shows the interest to listen. This is me in a nutshell. Will let out little by little, like the cat out of the bag. Ok I think it's time to let out one more passion of mine, which I as much love as writing, and that is cooking. Trying out different new recipies with a slight variation added of mine makes my culinary skills a little adventurous cuisine. View all posts by anamikaisblogging

This site uses Akismet to reduce spam. Learn how your comment data is processed.